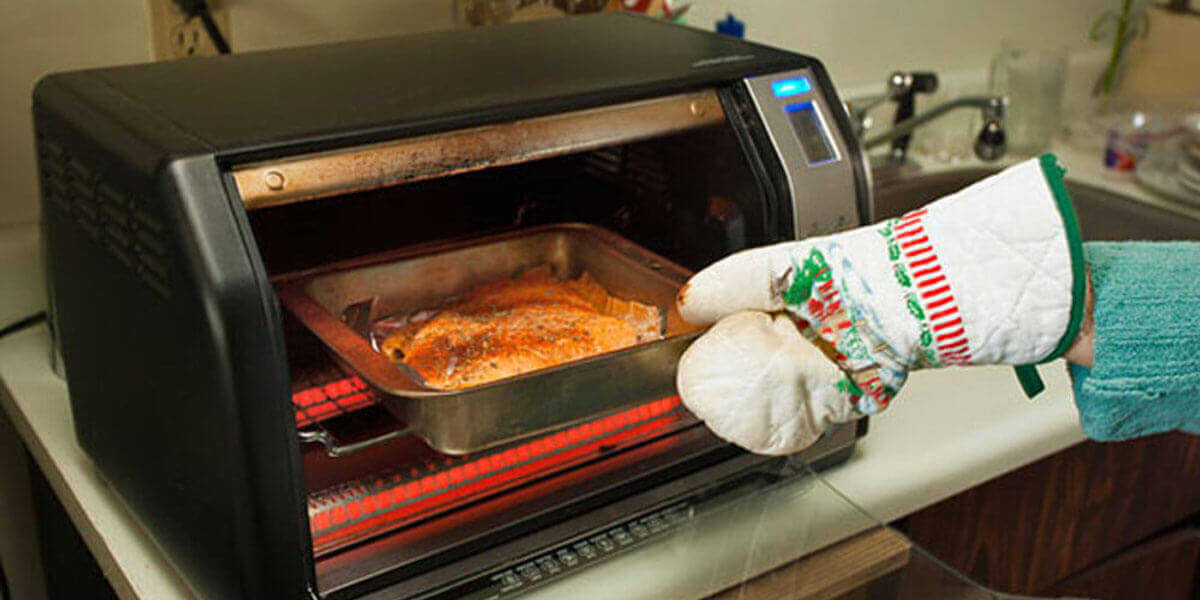 You are looking for new, better cooking products to update your kitchen and your meals. But you are stumped by all these weird appliances! How does a convection oven work? How is it at all different from the more traditional version you already own and use? What are the types and setting to look out for? How do you pick one convection oven among the very many out there?

I know who you are. You like cooking— it is your passion, your hobby, what you do to show affection and relieve stress. However, you are completely mystified by the technicalities of cooking devices and the constant and inevitable deluge of new gadgets. If this is you and if these are the bewildered questions swimming through your head when you visit yet another website selling finicky cooking devices, do not worry.

I have your back! I have taken my extensive amateur and professional cooking experience and pulled it into researching the mechanisms and details of the convection oven work. Here is all that I found!

How a Normal Oven Looks and Works

People have been using ovens, in different forms, since the dawn of time! However, the oven we call “conventional” (as opposed, here, to a convection oven) is a fairly recent invention. This type of oven is also called “thermal” or “radiant” because they have a heat source— usually, either gas that feeds a flame or electricity — that heats up the bottom and sides of the oven, which radiate heat into the internal air.

This hot air is then allowed to drift passively in currents all across the inside of the oven cavity. This is the action that cooks the food you place on the oven racks. The problem with this sort of cooking is that the heat is inconsistent and it ends up taking longer than necessary to cook the food. The moving air, which provides the heat, can be blocked by the objects you place inside the oven. This is how cold spots emerge.

The Anatomy of a Convection Oven

If you have ever looked at a convection oven diagram, you have most certainly been very, very confused. Are all those small parts, sections, bits and bobs really necessary or just for show? What do they even do?

To make matters worse, there are many different manufacturers— and each of them has their own complicated design and features! How are you supposed to understand this contraption? After taking some time to analyze convection ovens and their diagrams, I’ve found several parts that are common to all of them:

Suffice it to say I will not be building one of these on my own anytime soon!

How the Convection Oven Work

The main difference between the convection oven and the conventional thermal or radiant ovens is the fan. This crucial element circulates the hot air— which was left to passively drift in the thermal oven— all around the oven cavity. This means the hot air is not just static around the food but is being blown onto it!

This way, the food heats up and cooks a lot faster. The accelerated air, by colliding with the food and stimulating faster chemical reactions, is directly responsible for the better and swifter cooking results of convection ovens as opposed to conventional thermal ones.

Things to Watch out for

What to Cook in Your Convection Oven

Not too complicated, is it? Once you have learned exactly what to do to make the most of your convection oven, you are almost ready to start cooking! Make sure that you pay attention to what food you are putting in— not everything will cook well in convection mode. You are in the clear with these food items:

What Not to Cook in Your Convection Oven

Convection ovens, with their circulating air to produce heat, are a drier cooking environment than conventional ovens. For this reason, they do not ace at cooking moister dishes such as these:

Keep in mind that most decent convection ovens will let you flip the settings from convection to traditional oven style. This might help you navigate the contraindications!

Remember that you need to adjust the temperature of the oven to 25 degrees lower than recipes indicate for traditional ovens. Also, know that you might need to adjust the cooking time: a quarter to a full third less time than you would need in a conventional oven. Keep an eye out and don’t burn anything!

Now that you know everything about convection ovens and the mystery of how convection oven work, you are more than ready to graduate into practice! You will be able to understand the differences between your traditional, run of the mill oven and your special convection oven. This will help you decide on the best way to cook different meals.

As always, you know that cooking is essentially about enjoying yourself. So, more important than asking “How does a convection oven work?” is using it to make a simpler, happier life with those you love. Happy cooking and enjoy your meal!